Breathing Tips for New Runners How to breathe while running to avoid exhaustion and side stitches. 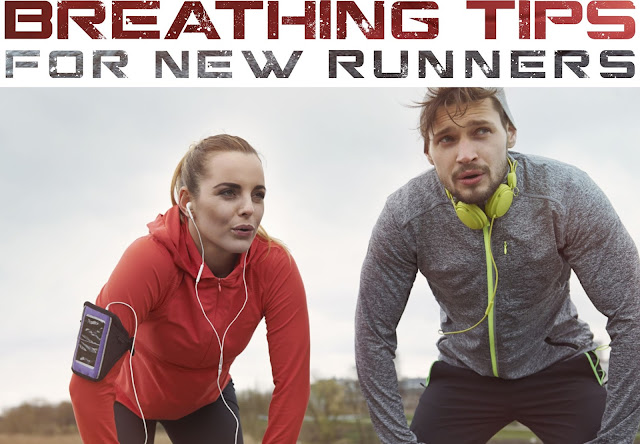 The diaphragm is a muscle that assists in breathing and it has two supporting ligaments. The action of the diaphragm muscle is much like an accordion. When we inhale, we move air into the lungs, and the diaphragm moves down. Conversely, when we exhale, we move air out of the lungs, and the diaphragm moves up. Like other muscle cramps or spasms, diaphragm spasms or side stitches are thought to occur from the strain and fatigue associated with the increased workload of accelerated breathing from exercise. The good news is that all muscle spasms are thought to be associated with muscle fatigue, so as your fitness level and overall conditioning improves, the risk of muscle fatigue decreases, which means that the incidence of side stitches decrease as well.

Some research indicates that side stitches may also be related to running posture. Side stitches were found to occur more frequently in runners that slouch over or hunch their backs while running. The poorer the running posture, the more severe the side stitches reported. Poor running posture is thought to affect the nerves that run from the upper back to the abdomen. Hunching over appears to increase the friction on the peritoneum, a membrane that surrounds the abdominal cavity, resulting in pain. Improving your posture by strengthening your postural muscles with core exercises may help reduce the occurrence of side stitches.

Proper breathing techniques are thought to be another factor in side stitches. Deep breathing fills the lungs and naturally improves posture as the lungs expand. Breathing deeply while running reduces the stress on the supporting ligaments of the diaphragm and can help relieve side stitches. This type of deep breathing is referred to as belly breathing.

Try out this technique by lying down on the floor, placing a hand on your belly and breathing deeply. If you feel your hand rise and fall slightly with your breathing, you are belly breathing. If your chest moves up and down rather than your belly, you are not breathing deep enough. Focus on your hand and try making it rise and fall. To make sure you continue breathing deeply during your run, periodically take a very deep breath and forcefully exhale, pushing all the air out of your lungs. With the exhalation, drop your shoulders, shake out your arms, and relax them. Then, take a deep breath and continue your run.

Another theory on side stitches has to do with our dominant leg. Just as we have a dominant hand, we also have a dominant leg. This leads runners to begin and end a respiratory cycle, or breath, on the same foot while running. The typical pattern of a stride to breathing ratio while running is two strides to one breath. As our breathing becomes synchronized with our stride, exhalation consistently occurs on the same leg. When an exhalation occurs, the diaphragm moves up, but when the right foot hits the ground, it forces the organs on the right side of your body to move down. Some believe this action may lead to a side stitch. To see if this is your issue, try exhaling as your left foot hits the ground, rather than the right foot. Also, running downhill can exacerbate side stitches because of the increased force that is exerted on the body with each step.

Learn how to run with rhythmic breathing to avoid breathing on your dominant leg.

Other factors that may lead to side stitches are running on a full stomach or becoming dehydrated on run. Avoid eating within one hour of running and only eat lightly within three hours of running. Stay away from high fat foods before running too.  Dehydration contributes to muscle fatigue and spasms, so go into your runs well hydrated. Drink plenty of fluids before, during, and after your runs.

Warm up thoroughly and then gradually increase your run pace
Drink water, stay well hydrated
Increase your fitness level
Practice deep belly breathing
Strengthen core muscles
Eat at least three hours before a run
Run on soft surfaces to reduce the force of impact
Slow down your run pace until you are further conditioned.
Posted by Unknown at 11:56:00 AM No comments:

Stretches Every Runner Should Do. 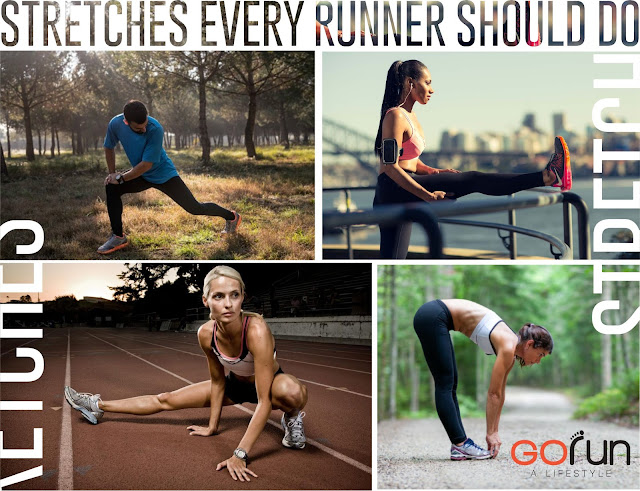 Running is cardiovascular exercise per excellence. Great for you. But there is a catch. Running can also put stress on your body—mainly in the lower limbs and joints. The build-up of this stress can lead to tightness, loss of flexibility and mobility in the lower body, which can limit performance and may even lead to injury.
Every stride you take, your lower limbs are forced to flex and extent over and over to propel you down the road. With time, these overworked muscles and tendon can develop scar tissue, tension, and imbalances, compromising your running performance and increasing the risks of common overuse injuries such as Achilles tendonitis and IT Band syndrome..
Yes, running can give you lean, toned and enviable legs. But hitting the pavement isn’t enough.  You’d need a regular stretching routine to counterpart these stress effects.

Sticking to a regular stretching program in which a set of specific set of muscles are stretched can help runners build flexibility, relieve tension and prevent injury. Nevertheless, most runners overlook the importance of a good stretching routine for flexibility and injury-prevention. And that’s a big mistake that you ought to avoid, regardless of your fitness level.

What Runners Need to Stretch?
As a runner, you would need to focus on three main areas: Hamstrings, quads, and the calves— including your gastronomes and soleus (deep) muscles. You would also need to stretch your hip flexors and lower back.

Best Runners’ Stretches
These are favorite stretches to target these often-tight areas. These runners’ stretches target the muscles that runners use most, and not only will they help boost your running performance, but they’ll put  also an end a stop to the aches and pains  that you may experience after running.
Stretching a stiff and cold muscle may lead to a tear, or worse, injury. That’s why you shouldn’t stretch before a run. Not only that, study shows that stretching before a workout can compromise performance. If you are inclined to stretch before a run, then do ballistic stretches to just get your body loose and muscles warmed for the exercise.
Hold each position for 30-second to one full minute on each side and breathe deeply to release any tension. Just don’t overstretch it since doing too much will force your muscles to fight back, leading to injury. So take it slowly.

To lose those remaining stubborn pounds, many of us just need to tweak our diets and cut our portion sizes. One secret is to incorporate low fat, low calories foods, like these, into your diet. The following eight filling foods deliver the goods as far as dietary fiber, powerful protein, and essential nutrients so you get more bang for your bite…

How do you like dem apples—especially since they rank number one on our list of satiating foods. Apples contain a secret-weapon when it comes to slowing digestion and creating that full feeling for longer—it’s called pectin.

According to nutritionists, pectin in a whole apple is more filling than the equivalent amount of fruit in juice. After all it takes effort (just ask your jaw) to devour an apple so your brain and body have adequate time to register a feeling of hunger satisfaction.

You don’t have to be shy when cracking eggs (including the yolks) to eat. According to dietary research from Saint Louis University, people who consume eggs for breakfast, eat roughly 330 fewer calories daily compared to those who eat cereal, toast, or bagels for their morning meal.

Food scientists dub eggs the “complete protein,” which refers to the nine essential amino acids contained within a single egg. The Academy of Nutrition and Dietetics, claims this collection of amino acids is what suppresses the appetite and tells your brain and body that you’ve reached food capacity.

A belly full of oats is a happy belly. Just ask anyone who gobbles down this high fiber breakfast bowl. Oats stall mid-morning snack attacks because they absorb liquid (i.e., water, milk, almond milk) like a sponge—meaning you’ll eat less calories, but feel full until lunchtime.

The secret of slow digesting oats is that they take much longer to work their way through the digestive system, which compared to the quick fix you’ll get with most breakfast cereals, quells hunger pangs and regulates blood sugar so you’re satisfied for much longer.

Not only are they naturally sweet if you’ve decided to cut out refined sugars in favor of natural sweetness, figs are thick and fleshy for a satiating bite. That means you’ll get sticky-sweet without the added calories.

On top of a caloric cut, figs are great source of dense, filling fiber. For instance, one fig clocks about 37-calories and 1 gram of fiber to stall the release of sugar into the blood steam and prevent hunger cravings from spiking shortly following meals.

Potatoes have a bad rap. However, it’s all in how you prepare the vegetable. Sure, potatoes are a starchy bunch, but a healthy boiled, baked, or grilled potato (not fried) will satisfy hunger for quite some time.

In fact, potatoes squelch hunger for about the same duration as brown rice or whole wheat bread—at far less carbohydrates than both. But don’t shun a grilled, baked, or boiled potato from your plate. If you do, you’ll be missing out on a ton of nutritious fiber and vitamin B6, potassium, copper, vitamin C, manganese, niacin, and phosphorus. 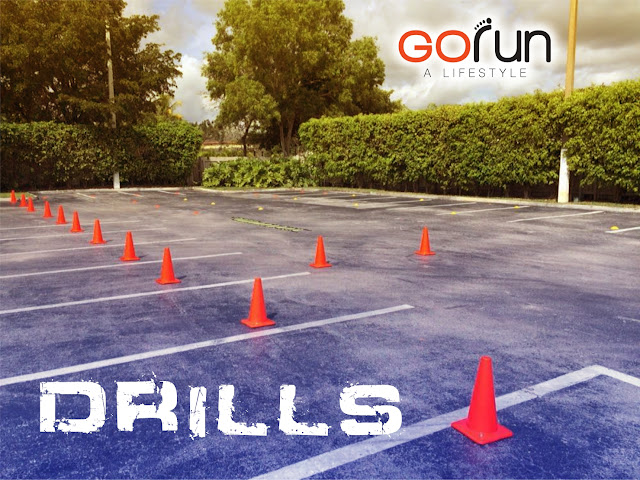 To improve the biomechanics of runnnig and your perfomance on asphalt, the athlete must invest in educational and strengthening exercises. These two workouts are  important allies of a runner and therefore should be part of the training program.

On one hand, educational exercises help the runner to improve the movement, balance, and posture, thereby promoting a minor muscular and cardiovascular wear. On the other hand, muscular strength training helps the athlete obtain a better physical condition, which serves to better protect the joints and prevent injuries. 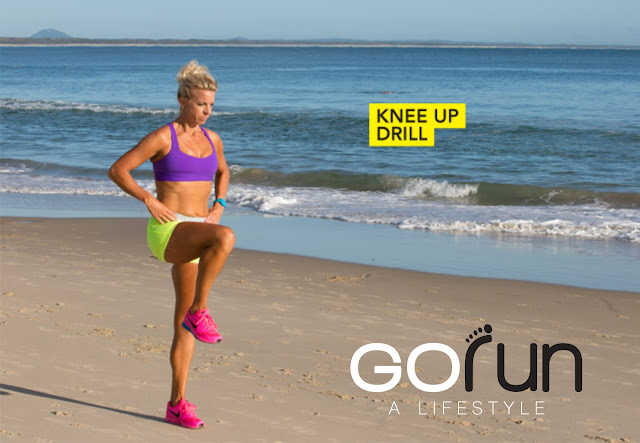